Plan Ahead for Mother's Day

Festivals celebrating mothers date all the way back to Greek and Roman times, but in the United States, the official Mother’s Day holiday began in the early 1900’s when Anna Jarvis, daughter of Ann Reeves Jarvis, wanted to do something to honor the sacrifices mothers make for their children.

Anna spent the next several years lobbying for a national holiday for mothers, arguing that American holidays were unfairly geared toward men. Finally, in 1914, President Woodrow Wilson officially established the second Sunday in May as Mother’s Day. Anna’s intention was that Mother’s Day would be a personal celebration of family, but it quickly turned into a way for retailers to make money. Consequentially, she began advising folks to stop purchasing gifts for Mother’s Day and eventually renounced the holiday completely.

How To Make Mother’s Day Memorable

While my family has purchased gifts for me in the past, some of my favorite Mother’s Day memories are those where my husband and son helped out around the house. Mother’s Day is just a few days away, and now is a good time to come up with a game plan to make the day memorable for your wife/mom. A few suggestions include helping with chores and laundry, giving her a day of rest, planning family time, and cooking (and cleaning up) dinner.

The thing is that moms don’t want extravagant gifts; a mom simply treasures knowing that you really thought about her. Take some time this week and plan something special to let your mom know you care. 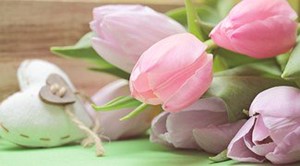