If you’ve followed our blog since it started, you know that Mike Feudale’s name often appeared in our posts and not because he loves social media, but because he loves connecting with customers, sharing knowledge, and working for A Cleaner World. Sad for us, but good for him, Mike retired from A Cleaner World on March 15th after 32 years of service; and in this day and age where folks work a couple years at a company and then move on, I thought 32 years at one company deserved a tribute that would last forever on the World Wide Web.

In 1987, after serving 6 years in the United States Air Force, Mike applied for a manager position with A Cleaner World after seeing an advertisement in the local paper. He felt it might be a good fit given that he’d spent the last couple years of his military career managing. After training for 4-6 weeks, he was temporarily assigned to a couple locations that didn’t have managers before being permanently assigned to the A Cleaner World location on Peacehaven Road. After a successful run at that location, he was asked to turn around a struggling store in High Point with the incentive of a promotion if he could do so. He ran that location until 1996, and at that point was promoted to District Manager where he stayed until A Cleaner World started a new venture – a Commercial Services and Uniform Division. By the time he retired, he ran that location as well as our Fire Restoration Division and somewhere along the way was promoted to Vice President.

Mike attributes his success to his parents. “I started working at 12 years old, like a lot of people from my generation,” said Mike. “My parents taught me what a good job was. So, you do a good job, you don’t ask for anything, and the rewards come later. It’s not always about money. It’s about gaining satisfaction from your work.” Mike went on to add that Ray Edwards, the owner and CEO of A Cleaner World at the time, deserves an honorable mention. “He’s the most ethical business person I’ve met. He never lied, cheated, stole, or hid anything,” shared Mike. “The corporate philosophy matched everything that was important to me; it was the perfect fit for me to work for him.” Finally, he added a thank you to Mike Smith, “He trained and mentored me during my career. We are cut from the same cloth.”

Speaking of high ethics in business, that’s how Mike conducted himself in every position he held at A Cleaner World. “I believe in honesty and fair play,” explained Mike. “The customer is always right but sometimes they don’t have all the information either. I took great pride in knowing my job well (in fact, after being hired, he went to the library and checked out every book he could find on fabrics and fashion and read them all), in building relationships with customers, and protecting the company’s interest. I never saw a customer come in and think they were there one time, and they were done. If it was one pair of pants, I had one opportunity to do a great job because it could be their last time, their first time, or many visits. You have to build your house one brick at a time.”

Today, Mike is laying bricks for a new foundation by training to be a volunteer for Guardian Ad Litem, an organization that helps children that don’t have suitable parents by investigating and advocating for the child’s needs while they are in the Social Service System. In addition, he helps take care of his elderly mother, enjoys spending time with family and friends, and is an avid runner and fitness buff.

Mike is grateful for his time at A Cleaner World. “I grew up in a small coal mining area with no chances for opportunity,” he shared. “As I began to work for A Cleaner World, the opportunities that came before me; I just couldn’t believe how well I’d done. It’s like from a storybook.”

I suspect the dedication and work ethic created those opportunities, and on a personal note, while I am fortunate to call Mike friend and will stay in touch, I will miss getting the chance to pick his brain on work-related stuff. Mike says he will miss his coworkers, having fun at work, and sharing life with coworkers and customers. But what will he not miss? Working without air conditioning. 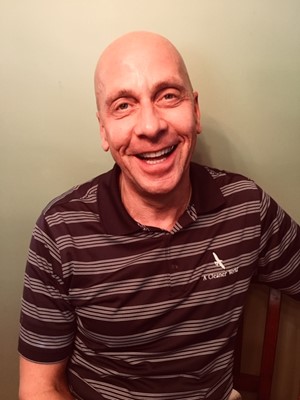