Can Smoke Odors be Removed from Fabric and Clothing?

The short answer is yes, but not easily.  That’s because smoke odors get trapped in fabric fibers, rendering normal home cleaning processes useless.  The good news is that smoke odors can be removed through a special cleaning process using Ozone Generators.

What is Ozone?  Let’s talk about my son’s favorite subject – science.  So, when we think of Oxygen, we think of the form we’re familiar with – O2, but Oxygen also comes in a reactive form O3, which is also called Ozone.

What’s the difference?  Ozone possesses additional energy, making it more chemically reactive than O2.  Ozone is formed through a process called oxidation, which causes the material with which oxygen is combined to change its molecular configuration by losing one or more of its electrons.

How does it work?  Ozone Generators work by passing dry air through a high frequency electrical field. This electrical discharge splits an Oxygen molecule into two free atoms which then combine with an Oxygen molecule that has not been split to form ozone. The contact between Ozone and the odors embedded in the textiles causes oxidation to reoccur, resulting in elimination of the odors and release of Oxygen.

All that is a pretty complicated way of saying that if you have a home fire and your clothes and textiles received smoke damage, you have options.  Don't just immediate toss everything and start over.  Talk to your insurance company to see if they work with an organization that specializes in this process.  Living through a home fire is a nightmare, but being able to save treasured pieces that are just irreplaceable can help ease the trama just a bit. 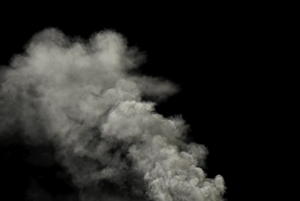